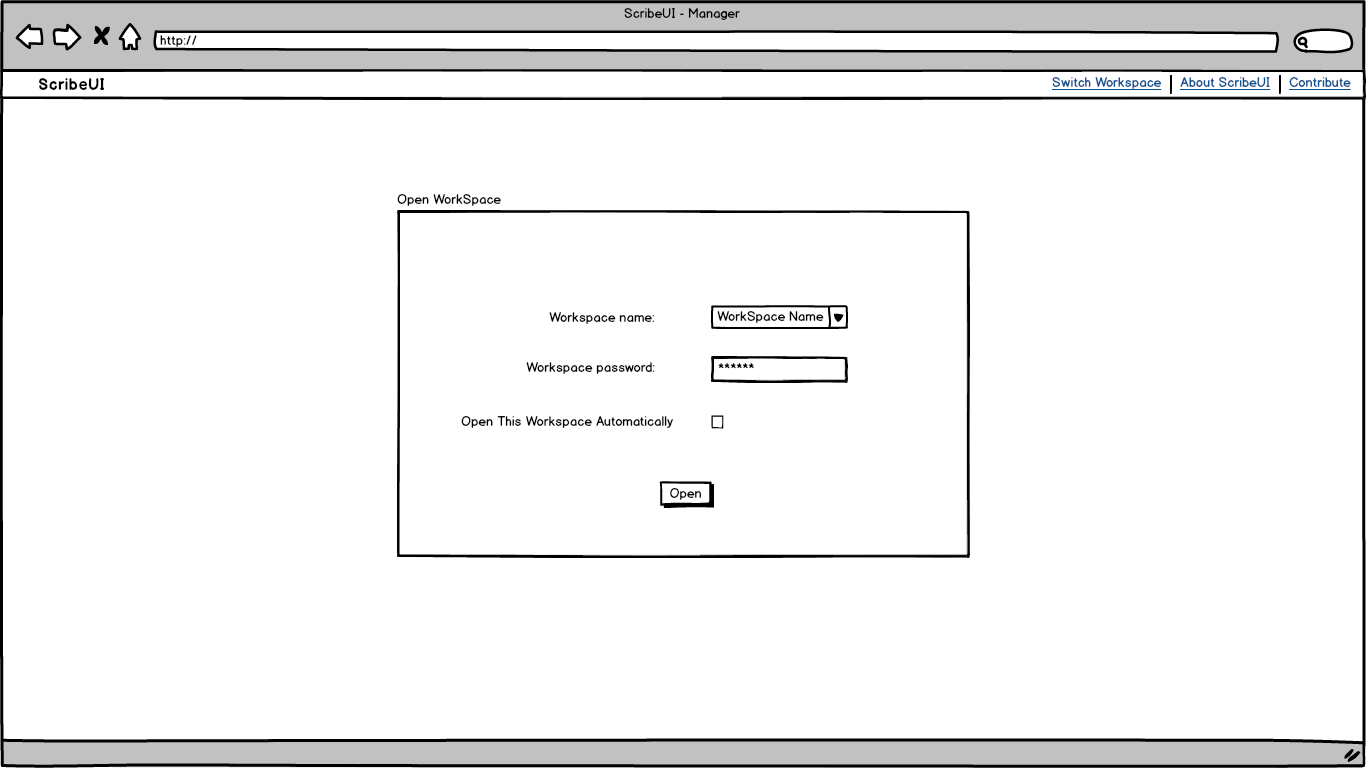 When the app is first opened, the app asks for a workspace to work on. The workspaces allow ScribeUI to be cloud-based, with each user or project having its own workspace.

The manager lists the maps withing the project. The icons will be snapshots of the map. The toolbar at the bottom of the map is accessible from anywhere. The quickview is very useful, as it allows the user to save and quickly get back to certain map extents. 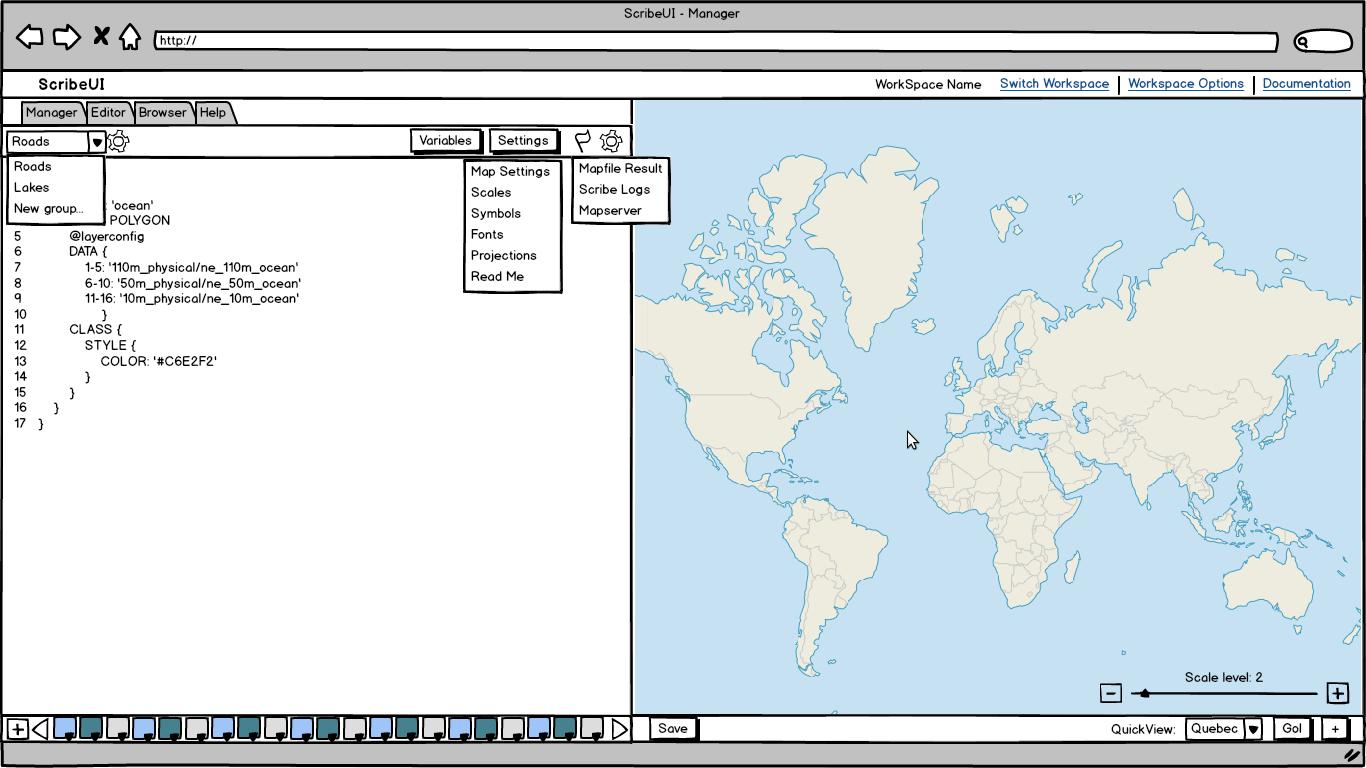 This is the most important part of the app. The toolbar on top of the text box contains most tools for the mapfile edition. 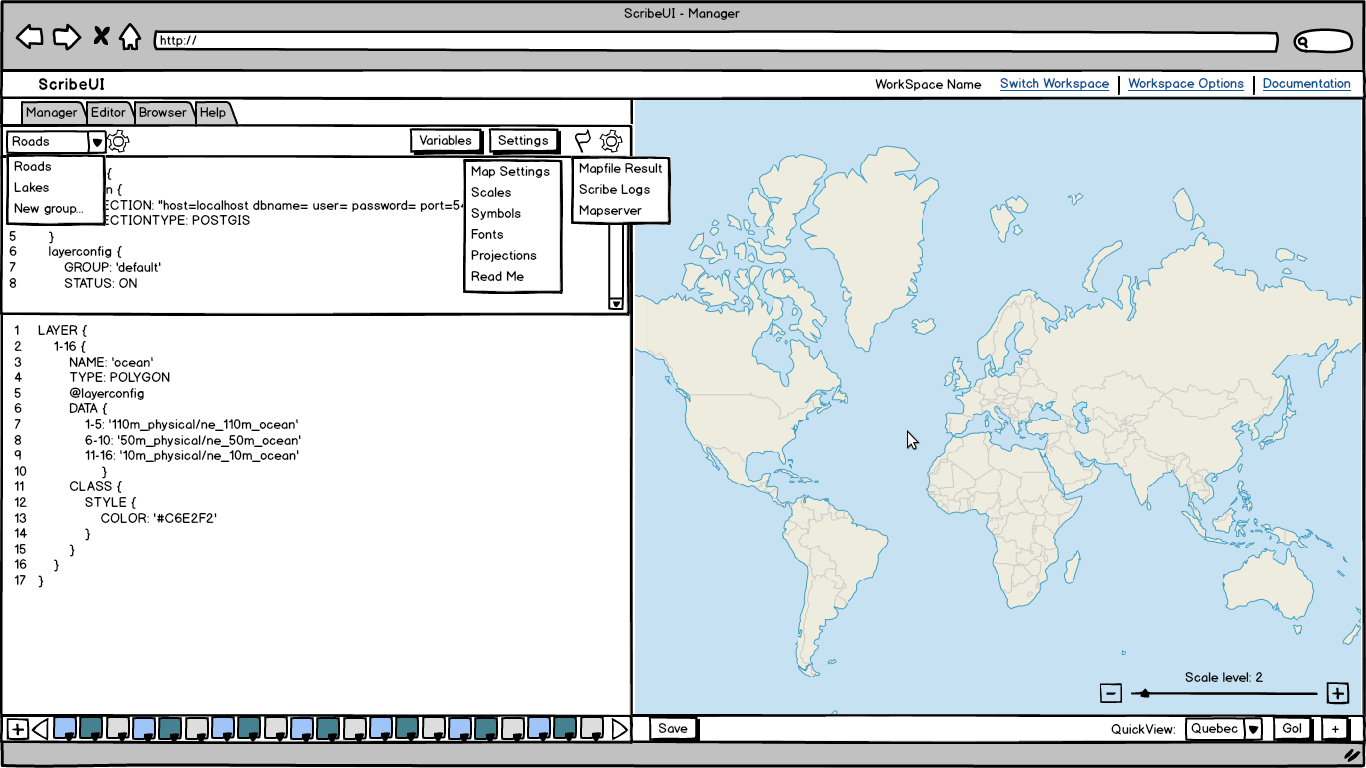 When a user clicks on one of the settings option, or on the variable button, a panel opens that allows the edition of that particular setting.

A big thanks to the people from Balsamiq who gave a licence for their mockups software to this GSoC project !